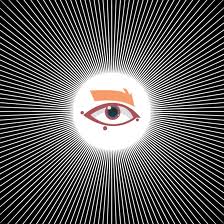 A beehive is an enclosed structure in which some honey bee species of the subgenus Apis live and raise their young. Natural beehives are naturally occurring structures occupied by honeybee colonies, while domesticated honeybees live in man-made beehives, often in an apiary. These man-made structures are typically referred to as "beehives". Several species of Apis live in hives, but only the western honey bee (Apis mellifera) and the eastern honey bee (Apis cerana) are domesticated by humans. A natural beehive is comparable to a bird's nest built with a purpose to protect the dweller.

The beehive's internal structure is a densely-packed matrix of hexagonal cells made of beeswax, called a honeycomb. The bees use the cells to store food (honey and pollen) and to house the "brood" (eggs, larvae, and pupae).

Artificial beehives serve two purposes: production of honey and pollination of nearby crops. Artificial hives are commonly transported so that bees can pollinate crops in other areas. A number of patents have been issued for beehive designs