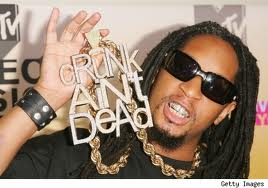 Crunk originated from southern hip hop in the late 1990s. The style was pioneered and commercialized by artists from Memphis, Tennessee and Atlanta, Georgia.

Looped, stripped-down drum machine rhythms are usually used. The Roland TR-808 and 909 are among the most popular. The drum machines are usually accompanied by simple, repeated synthesizer melodies and heavy bass stabs. The tempo of the music is somewhat slower than hip-hop, around the speed of reggaeton.

The focal point of crunk is more often the beats and music than the lyrics therein. Crunk rappers, however, often shout and scream their lyrics, creating an aggressive, almost heavy, style of hip-hop. While other subgenres of hip-hop address sociopolitical or personal concerns, crunk is almost exclusively party music, favoring call and response hip-hop slogans in lieu of more substantive approaches.

Snap music is a subgenre of crunk that emerged from Atlanta, Georgia, in the late 1990s. The genre soon gained mainstream popularity and in mid-2005 artists from other southern states such as Texas and Tennessee began to emerge with this style. Tracks commonly consist of an 808 bassdrum, hi-hat, bass, snapping, a main groove and a vocal track. Hit snap songs include "Lean Wit It, Rock Wit It" by "Dem Franchize Boys", "Laffy Taffy" by D4L, "It's Goin' Down" by Yung Joc and "Crank That (Soulja Boy)" by Soulja Boy Tell 'Em.