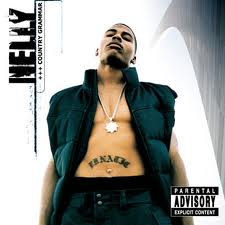 The popularity of hip hop music continued through the 2000s. In the year 2000, The Marshall Mathers LP by Eminem sold over ten million copies in the United States and was the fastest selling album of all time. Nelly's debut LP, Country Grammar, sold over nine million copies. In the 2000s, crunk music, a derivative of Southern hip hop, gained considerable popularity via the likes of Lil Jon and the Ying Yang Twins.

Hip hop influences also found their way increasingly into mainstream pop during this period mainly the mid 2000s. In the East Coast, popular acts during this period included 50 Cent, whose 2003 album Get Rich or Die Tryin' debuted at number one on the U.S. Billboard 200 charts.

In addition to the mainstream success, the United States also saw the success of alternative hip hop in the form of performers such as The Roots, Dilated Peoples, Gnarls Barkley and Mos Def, who achieved significant recognition. Gnarls Barkley's album St. Elsewhere, which contained a fusion of funk, neo soul and hip hop, debuted at number 20 on the Billboard 200 charts. In addition, Aesop Rock's 2007 album None Shall Pass was well received, and reached #50 on the Billboard charts.