FRANKLYWNOW - The Babble in the Bronx Delivers another hit!

A Babble in the Bronx Delivers to Mi Gente 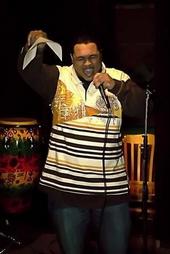 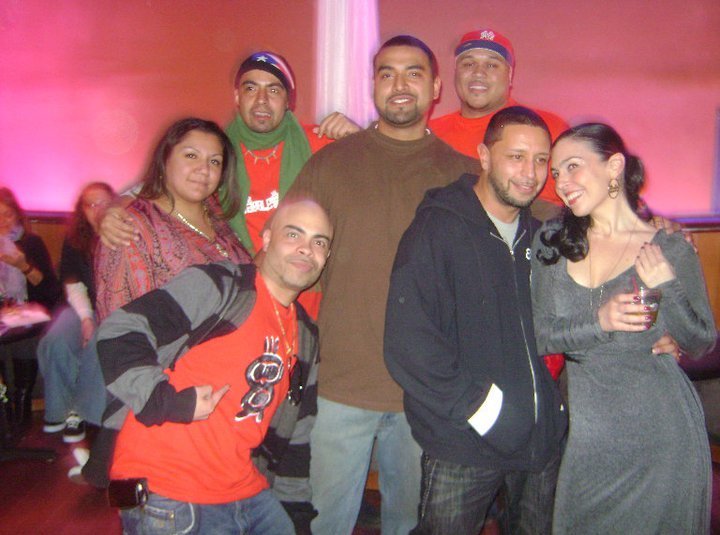 The Babble in the Bronx showcase hits the Mi Gente lounge in Castle Hill: a charming, cozy establishment with three booths across the width of a bar trimmed with three flat-screen TV's. Each filled with about five or six individuals; bar hosted about a dozen or so onlookers eager for a great show to begin. The DJ rocked Salsa, Reggaeton, and Hip-Hop in his booth to the left of the bar, as dim lights completed the ambiance. Babble[o]nianz' member, Ovados, stepped up to the mic and thus began an unforgettable night!

As with any Open Mic showcase, you NEVER know what your eyes and ears will witness and this night was no exception. The first half of the show consisted of seven open mic-ers. First up in the line-up was Brooklyn's own Lenny Kerr who enlightened the audience with words describing his own inner light, inner strength, how he believes the result of his actions are seen in the eye of the Creator, and how "the Bible is his anesthesia" during those extra challenging times.

Dean "El Negro"Deida shared his "10 Haikus About the Weather" providing beautiful imagery of seasonal transitional phases and how they mirror those of love.

Mark Anthony Vigo performed the powerful piece "My Voice" allowing us a pass into life with an absent father, growing up too soon, and the changes within a community due to the effects of gentrification. C (Vigo and fellow poet, Tamara Grysel Saliva, have joined forces to create a new series in Brooklyn called the Poet's Corner which debuted November 27th to rave reviews! If you are looking to start off the New Year right, be sure to catch them the first Saturday of every month beginning January 2011. Be on the lookout for location confirmation.)

Up next was Simply Rob of the legendary Grito de Poetas who, as always, delivered an amazing piece! We embark on a journey navigating through heartfelt trials and tribulations experienced by four very different individuals in " ‘Round Midnight" including the NYC poet who is immersed in writing the first draft of his poem about his character "leaving (his) demons between lines". Simply Rob was, once again, simply remarkable!

Juice de la Soul followed Rob with his rendition "These Eyes of 1,000 Men". "I'm a poet – not a rapper, but a reactor" is the opening line, as he goes on to explore the hardships and struggles of men from all walks of life with the same common goal: to stay strong while maintaining their dignity throughout this thing called life.

Leidy Rodriguez warned the audience that she "is not PG" before capturing everyone's attention in her piece, "Is It All In Your Head?" Here Rodriguez goes on to describe the thoughts of carnal pleasure that bounce off the walls of her mind upon meeting a beautiful stranger. Needless to say, her piece left many an audience member breathless and wanting more.

Tomas Rafael Montalvo was the perfect follow-up to Rodriguez's performance. In "All About Her" he goes on to describe, in explicit detail, a man's outlook as he strategically conquers his woman sexually leaving her nothing more than the his memory behind.

The incredible Advocate of Wordz (member of El Grito de Poetas) followed with several outstanding pieces all reflecting his ability to intertwine witty humor with real-life experiences. Illuminated by low dimmed light reflecting off a shiny wooden floor, Advocate opens his performance with "I am and always have been a Nuyorican" as he glides across the lounge like a graceful lion on the prowl. Once at the mic, he grips the audience with an amazing performance including: "The First Bronx Latin Supreme Court Justice", "Me and Food Got Beef", and "Poem for High School Experience 101" once again proving if there's anyone who can bend and warp your mind through humor, words, and images it is Advocate of Wordz. If you haven't witnessed him in action, you may find Advocate hosting The Inspired Word Poetry/Spoken Word Showcase in NYC Thursday nights @ 7pm.

Before we knew it, it was intermission followed by Open Mic part deux.

Founder of the Babble[o]nianz, Blaze-A-Page, took to the mic to host the second half of the show.

First timer, Lauren Soto, brought us "Friday Night" where she took us through the darkness of heartbreak over a recent break-up.

Next was my turn. "Simplemente Yo" is a Spanglish poem outlining a bit of family history and a culture that create, simply me.

The amazingly gifted Jennifer Ortiz brought us "Dear Fashion World" and certainly gave the industry a piece of her mind. Ortiz targeted the fashion world for targeting women through its "pedophilic image of beauty" and warned the industry to "stay away from our daughters!" It was clear Jennifer not only spoke her mind but gave life to the audience's (shared) perspective through her words.

Jay Two came on board next with a piece dedicated to young men who insist on walking around with their pants below the waist, revealing their boxers to society. Although Jay used humor as a tool to describe its absurdity, he was also sure to remind (and in some cases, educate) these young men the "trend" originated within jail walls.

Self-proclaimed comedienne, Cypress, was next to hit the mic and delivered an unforgettable performance with material geared towards her own personal life experience.

Following was Bronx Council of the Arts', Americo Casiano, with a classy dedication to Nuyorican piano player, Hilton Ruiz. "New Orleans: May 19th, 2007" was a heart-felt poem describing Ruiz' life and death as he slipped into a coma, leaving behind salsa refugees, reminding us that "a fading memory is a fading pain".

Jana Maldonado proved she is a little lady with a big voice. Maldonado took us on her journey through a harsh break-up as she "tripped in love with a man" whose "blessing is now a curse"; her "body is a temple, no prayer can have him reach" and, yet, she now "feels sad for him" as "he can't love".

Ovados then blessed the mic and, in response to Lady Rodriguez' poem gave us, "I Am Ready". This piece depicts the thought process of a man who is ready and willing to conquer the lady he's eyeing, luring her with lines like: "I'm ecstasy without the pill" while assuring he's ready, so "are you ready?"

Jay Shine came through, at first, joking and playful with the audience. Then he hit us with a verse from his song "Heartbeat" whose content was certainly no joking matter with powerful lyrics such as: "though I caused the pain, I wanted to be her relief".

Before introducing the second feature of the night, Rainmaker joined the stage and presented the audience with the powerful, politically charged "Politically Correct".

The second feature (and last act) of the night was none other than the dominating force that is known as the Speakers of the House. The dynamic duo of Naa Akua and Marcus John gave us a performance of a lifetime with spectacular poetry laced with song, positive energy, spirituality and above all, knowledge. Included were: "Speak Softly", "Colors", "Sketches of Adam's Rib" and "Dreary Land". If you have never witnessed the phenomenon that is Speakers of the House, are truly doing yourself an injustice!

The Babble in the Bronx series offers many talents from different walks of life gathered in one special place creating a special showcase. Join them as they bid farewell to 2010 on December 17th at the ever-inviting Mi Gente Café from 7:30pm-10:30pm, where features include: El Grito de Poetas' own Tito Luna and The Hebrew Mamita, Vanessa Hidary