FRANKLYWNOW - How to Get Lucky

Shahrazad's Test -How to Get Lucky 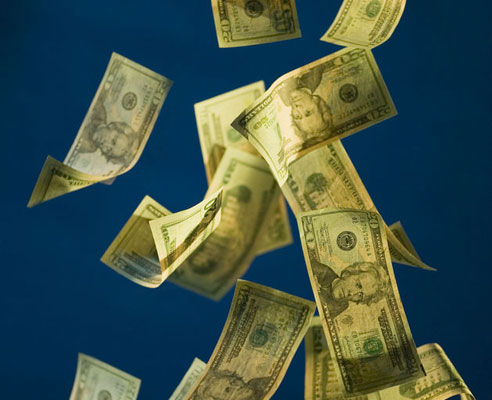 Scientific proof that you make your own breaks.

For centuries, people have recognized the power of luck and have done whatever they could to try seizing it. Take knocking on wood, thought to date back to pagan rituals aimed at eliciting help from powerful tree gods. We still do it today, though few, if any, of us worship tree gods. So why do we pass this and other superstitions down from generation to generation? The answer lies in the power of luck.

Live a Charmed Life
To investigate scientifically why some people are consistently lucky and others aren't, I advertised in national periodicals for volunteers of both varieties. Four hundred men and women from all walks of life -- ages 18 to 84 -- responded.

Over a ten-year period, I interviewed these volunteers, asked them to complete diaries, personality questionnaires and IQ tests, and invited them to my laboratory for experiments. Lucky people, I found, get that way via some basic principles -- seizing chance opportunities; creating self-fulfilling prophecies through positive expectations; and adopting a resilient attitude that turns bad luck around.

The lesson: Unlucky people miss chance opportunities because they're too busy looking for something else. Lucky people see what is there rather than just what they're looking for.

This is only part of the story. Many of my lucky participants tried hard to add variety to their lives. Before making important decisions, one altered his route to work. Another described a way of meeting people. He noticed that at parties he usually talked to the same type of person. To change this, he thought of a color and then spoke only to guests wearing that color -- women in red, say, or men in black.

Does this technique work? Well, imagine living in the center of an apple orchard. Each day you must collect a basket of apples. At first, it won't matter where you look. The entire orchard will have apples. Gradually, it becomes harder to find apples in places you've visited before. If you go to new parts of the orchard each time, the odds of finding apples will increase dramatically. It is exactly the same with luck.

Relish the Upside
Another important principle revolved around the way in which lucky and unlucky people deal with misfortune. Imagine representing your country in the Olympics. You compete, do well, and win a bronze medal. Now imagine a second Olympics. This time you do even better and win a silver medal. How happy do you think you'd feel? Most of us think we'd be happier after winning the silver medal.

But research suggests athletes who win bronze medals are actually happier. This is because silver medalists think that if they'd performed slightly better, they might have won a gold medal. In contrast, bronze medalists focus on how if they'd performed slightly worse, they wouldn't have won anything. Psychologists call this ability to imagine what might have happened, rather than what actually happened, "counter-factual" thinking.

To find out if lucky people use counter-factual thinking to ease the impact of misfortune, I asked my subjects to imagine being in a bank. Suddenly, an armed robber enters and fires a shot that hits them in the arms. Unlucky people tended to say this would be their bad luck to be in the bank during the robbery. Lucky people said it could have been worse: "You could have been shot in the head." This kind of thinking makes people feel better about themselves, keeps expectations high, and increases the likelihood of continuing to live a lucky life.

Learn to Be Lucky
Finally, I created a series of experiments examining whether thought and behavior can enhance good fortune.

First came one-on-one meetings, during which participants completed questionnaires that measured their luck and their satisfaction with six key areas of their lives. I then outlined the main principles of luck, and described techniques designed to help participants react like lucky people. For instance, they were taught how to be more open to opportunities around them, how to break routines, and how to deal with bad luck by imagining things being worse. They were asked to carry out specific exercises for a month and then report back to me.

The results were dramatic: 80 percent were happier and more satisfied with their lives -- and luckier. One unlucky subject said that after adjusting her attitude -- expecting good fortune, not dwelling on the negative -- her bad luck had vanished. One day, she went shopping and found a dress she liked. But she didn't buy it, and when she returned to the store in a week, it was gone. Instead of slinking away disappointed, she looked around and found a better dress -- for less. Events like this made her a much happier person.

Her experience shows how thoughts and behavior affect the good and bad fortune we encounter. It proves that the most elusive of holy grails -- an effective way of taking advantage of the power of luck -- is available to us all.