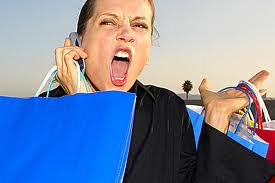 Anger. A common side affect of shopping bonanzas.

I like to think that style is my forte.  I also like to think that pencils are in fact put here on earth to tease me, but that's another story.  I was blessed with style back in 85 when Stanley, the local high school drop out turned hair dresser, invited me up to his apartment and put eye-liner and lipstick on me.  I don't remember much of the details cause I was about 4, but I do remember that I must of looked stunning because the police and my parents later showed up in tears!  Then again in 89' ( the summer of pool parties and love ) I discovered I could decorated my bike with refrigerator magnets and tinsel.  Needless to say, I was straight stylen' that summer.  The 90's brought the advent of shiny shirts with huge collars into my wardrobe arsenal, and again I reigned king of style.  So it surprised the hell outta me when I went shopping for an outfit this week and found that my pizazz for fashion had run dry.

This Saturday I will be attending a very special formal gala.  So naturally, I was ready to wow my friends with some snazzy new digs.  I decided to start my shopping escapade at the local Sears outlet.  Let me tell you guys, they had all wrong, wrong, wrong.  I was &^@#&^$ shocked!  I mean, what happened to the very formal and very traditional pink and brown?  I quickly made my way outta there making sure I passed by the women's undergarment department on my way out cause you know, I gotta keep my street credit up.  Next I stopped by the Target (tar-jey) and asked the lady where their latest arrivals from France where (I heard someone say that on an episode on Empty Nest once).  She laughed so I instinctively played it cool and said "well… I have a girlfriend anyway." (force of habit).  After I had recovered from my rejection flashback, I made my way to the motor oil section cause I remembered seeing an episode of pimp my ride once and one of the dudes had a cool shirt with a snake and skull.  I couldn't find the shirt, but I did find some bad ass gloves that I thought I could wear for the Gala.  At this point any person seriously into fashion would understand that you are supposed to build an outfit off of a nice pair of gloves.  I was almost back to pimp status in the world of hot, hot fashions.

My final stop was at Sam's Discount Garb Barn, which caught my attention because I had once seen them featured on E's Fashion Party Deluxe (which is a show that may or may not exist).  And guess what! I came across my old friend Stanley.  The very person who had gotten me into fashion back in 85.  He didn't recognize me, but I think he eventually did later on because he even followed me into the dressing room to try stuff on.  A trust that only exists between two old friends.  Stanley helped me into a hot little jumpsuit with built in shoes that matched PERFECTLY with my gloves.  I was sold when Stanley even offered to photograph me, for some high class European fashion magazine no doubt.  So if you don't see me around for the next few month, I'll be touring Europe LOL!OLOL!LLOLL!11 j/k!!!!1 :P

Anyway, at the end of the day I still remained king of the fashion world even after a little uninspired scare.  I think I got a bright future as a clothing model, and I met an old friend.  I'm so ready for the Gala now! Watch out world, cause I'm FABULOUS!!!!!1